“If it was called anything other than marijuana would we have such a problem giving it a try?” Times documented this mother’s demand for answers concerning childhood disease during a discussion on cannabis and pediatrics held by the CU Medical School. The use of marijuana in modern society is taboo. However, if this drug could be harnessed to better treat debilitating diseases than traditional medicine with a lessened risk of drug abuse and addiction, is the risk worth the reward? 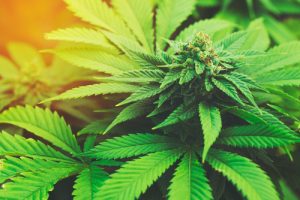 The marijuana plant’s chemical makeup includes the compounds tetrahydrocannabinol (THC) and cannabidiol (CBD). THC is the compound extracted for street-use of marijuana because of it is psychoactive, meaning it will give you a high. Despite its bad-boy reputation, THC produces a number of health benefits. THC provides pain relief, acts as a sleep aid, relieves nausea and vomiting, and works as an appetite stimulant.

CBD is THC’s non-psychoactive counterpart and eliminates the hallucinogenic effects of THC while adding to its benefits. CBD also counteracts the sleep-inducing effect of THC and causes alertness. The chemical compound is also known for suppressing seizure activity, relieving inflammation, and fighting tumor and cancer cells, neurodegenerative disorders, and anxiety and depression.

Could it replace prescription medications?

Medical marijuana is a possible treatment option for a variety of diseases that are currently managed using prescription medication. A study conducted in 2010 showed 8.6 million people abused prescription medication in the United States alone. Prescription overdoses are also the number one cause of accidental deaths in the U.S. The most commonly abused drugs are painkillers, tranquilizers, and stimulants. 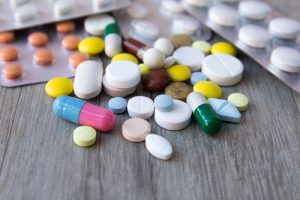 Vicodin is an opioid that falls in the drug category of of painkillers and is used to treat moderate to severe pain. According to the 2010 study, a whopping 5.1 million Americans abuse painkillers like Vicodin. Pain relief and management is the number one reason people are administered medical marijuana cards in states where the plant has been legalized. “A study that recently appeared in the Journal of the American Medical Association shows a significant decrease in opiate overdoses in states that have adopted and implemented medical marijuana laws compared to states that have not.”

Tranquilizers are abused by 2.2 million Americans with Xanax being a popular choice because of both its immediate effects and availability. Forbes reported that “doctors write nearly 50 million prescriptions for Xanax or alprazolam (the cheap, generic equivalent) every year–that’s more than one Xanax prescription every second.” Xanax is a common treatment for anxiety and panic disorder which can also be treated with CBD. Marijuana has been particularly successful in treating the anxiety and pain associated with PTSD, replacing both tranquilizers and painkillers. Sean Azzariti, an Iraq war veteran and PTSD survivor was the first legal buyer of weed in Colorado. He told Times, “It took away my anxiety… And it let me be the normal person I am now.”

Stimulants are abused by the remaining 1.1 million Americans with prescription medication addictions. ADHD medications are widely prescribed stimulants and their sales are on the rise, predicted to be at $1.75 billion by 2020. Dr. David Bearman, a cannabis researcher, found that CBD and THC could potentially correct the dopamine deficiency that causes ADD and ADHD. Medical marijuana also lacks the effect of appetite suppression that is notorious for being present when taking ADD/ADHD medication such as Adderall.

Side Effects of Marijuana

As with any drug, Marijuana is not free of side effects. Time reported that approximately 9% of marijuana users become dependent on the drug, which is still a far cry from the number of prescription medication addicts. Marijuana is also known to have short term memory loss effects on users. While it appears safe to use in moderation for adults, the risk is greater for brains that are still developing. Time reports that “prenatal or adolescent exposure can lead to altered brain development, including changes in the connections between the neurons, or circuits, in certain brain regions.” It’s especially dangerous for children with a predisposition to mental illness as it can cause earlier-onset and more-severe psychosis.

Marijuana grown outside of specialized medical marijuana farms is especially unpredictable but unfortunately widely available due to high demand and lack of legal manufacturers. While research is conducted at medical farms to specialize strands to fit medical needs, unlicensed farmers may not be as precise. The wrong strand of weed can often worsen effects of diseases such as anxiety, depression, and PTSD.

The Future Growth of Medical Marijuana

The hesitancy to approve cannabis as a genuine medical treatment option can be reduced to one quality: lack of knowledge. Too little is known about the neural system marijuana effects, long term effects, and how well it actually treats disease. This can largely be attributed to the lack of clinical trials approved by the DEA and availability of marijuana grown for medical purposes. Only 19 independent studies on medical marijuana have been approved since 1999 and studies conducted on animals simply aren’t cutting it. However, the legalization of medical marijuana may be in sight. “This year, the Colorado department of public health awarded $9 million in grants for medical marijuana research, funded with tax revenue from state-licensed pot stores.” Perhaps 2020 will be the year medical marijuana sales skyrocket instead of ADHD medication.

Luci Keefer is a digital marketer and content creator for Recallguide.org. She is in the process of earning her Bachelor of Arts degrees in Communication Studies and English with a concentration in Professional Writing at the University of North Carolina Wilmington. Luci is constantly working to improve- whether it be personally or professionally. Her current projects include learning HTML5 and training for her first half marathon. In her free time, Luci enjoys reading psychological thrillers and playing with her Australian Shepherd, Finn. Check out more of her work at LuciKeefer.com